Entebbe is remembered as the most dramatic hostage rescue in history, involving surprise, deception and a Hollywood ending.
Operation Entebbe, also known as Operation Jonathan or Operation Thunderbolt, was a highly risky counter-terrorism hostage-rescue mission, successfully carried out by elite Israel Defense Force commandos at Entebbe Airport in Uganda – 4,000 kilometers from Israel – on the early morning of July 4, 1976.

In the wake of the hijacking of Air France flight 139 and the hijackers´ threats to kill the 246 hostages if their prisoner release demands were not met, a plan was drawn up to airlift the hostages to safety.Israel´s Intelligence services collected every bit of information possible, regarding the situation at the Entebbe Airport. Coincidentally, an Israeli construction firm had built the airport and provided blueprints to assist in planning options. Released prisoners described the captors, their weapons, and their cooperation with the Ugandan military forces.

The IDF enlisted its elite forces and the Israeli Air Force to execute the legendary mission. The success of Operation Entebbe was due to exceptional Intelligence gathering, analysis and recommendations, as well as "daring operational planning and the ability to make political decisions based on partial Intelligence", according to a senior officer involved in the Intelligence gathering effort. 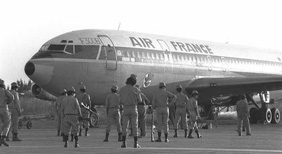 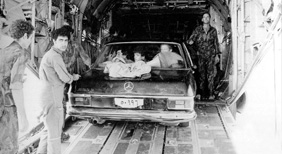 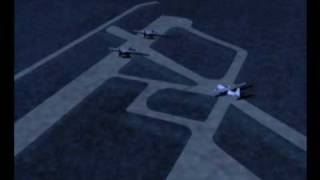