Wary of Iraq's nuclear weapons production capability, Menachem Begin relied upon Israeli Intelligence to determine the "Go / No Go" air strike decision.
Deeply concerned about Iraq´s capability to manufacture nuclear weapons, the government of Menachem Begin charged Israeli Intelligence with diverse tasks. First, they were asked to monitor Iraq´s progress on the project, track related funding and purchases, and supervise new staff recruited. Second, they were to examine the feasibility of preventing or impairing the reactor´s operations. Third, they were charged with making a recommendation regarding military action and, if so, what it should be.

Their findings led to recommendations of the Intelligence community, in cooperation with scientists and other experts, that by attacking the reactor, Iraq´s nuclear defense capabilities would be delayed or stopped. The airstrike took place on June 7, 1981 and the conclusions have proven correct as of three decades later. 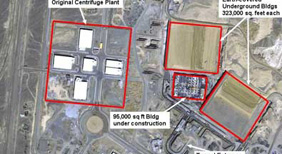